I really want to like Girls, I really do. But of the three entertaining and very short episodes I’ve seen so far, I can’t get past the curious hurdles that creator and executive producer Lena Dunham seems to have used as a foundation for her 20-somethings-in-jobless-limbo HBO series.

Okay, so let’s get this straight, Girls is an HBO show that intertwines the stories of 4 young women, living in New York City dealing with issues of careers, love, and sex. Yeah I know I’m not the only one to find this premise irrefutably similar to HBO’s feline power hour show Sex and the City, which similarly gained notoriety for being an unabashed comedy about working women in their 30 somethings living in New York City and dealing with issues of love and sex. However simplistic and even routine this premise may now seem, you really only have to watch just one episode of Mad Men to understand the profound cultural significance of a show with Sex and the City’s pioneering proclivities.

Besides being impeccably well written, acted, and shot, shows like Mad Men perform like a disturbing worm whole back to a time when America’s working women were strictly to be seen and not heard, and even when retro heroines like Peggy Olsen (Elizabeth Moss) become heard, it’s not like we’re hearing about her pearl thong. Sex and the City is largely responsible for beginning our cultural contextualization and understanding of the issues that modern day working women experience.

I’ve heard so many  ‘bro’s’ dismiss Sex in the City because of its feminine appeal – a jump to conclusions that is quite easy to make in the current climate of T.V. land where the commonness of shows like Girls or Zoey Deschenell’s star vehicle New Girl, make it easy to forget how important it is that we now have programming that really does try to follow in footsteps of Sex and the City’s no holds barred attitude  when discussing pearl thongs and boyfriends wanting you to  pee on them.

In its first episode, I was happy to see Girls try to cleverly to nip the onslaught of “this is just another Sex and the City”criticisms sure to follow the show until it breaks out of infancy. When the ridiculously idealistic but innocent Shoshanna asks Jessa for thoughts on her Sex and the City poster (the crowning piece of Soshanna’s bachelorette pad) and Jessa says “Oh, um, I’ve never seen that movie”, Girls gives a glimpse of its undercarriage’s brainy ambitions. When Shoshanna then asks Jessa if she thinks she’s a Keri, or Samantha, its hard not to laugh at the cultural currency Sex and the City’s character types have caused many to use as easy templates to identify working women with; no doubt a slap dash coping mechanism used to situate the modern female in today’s working world.

Still, Girls flattery through homage and commentary is thrown to the wayside as its characters’ astute similarities to Sex and the City’s protagonists proves disillusioning. Hannah is a clear projection of Sex and the City’s Keri (Sarah Jessica Parker) with her money management issues and whimsical submission to the often obvious ploy of stupid immature men. Marnie’s dominance in her relationship with her soft-as-fuck boyfriend carries similar shades of Miranda (Cynthia Nixon) battle to accept her long term and equally as soft boyfriend Steve (David Eigenberg). Even the more secondary members of the group like Shoshanna and her battle with prudishness, or Jessa’s free willed sex life and blunt antics are an undeniable allusion to Sex and the City’s Charlotte and Samantha.

Still, the potential for brilliance in Girls lies not in its character moulds, but rather what Girlshas shown that it is willing to do with them. While Hannah and her ladies all seem reminiscent of the finely crafted characters of arguably one of the most important shows about and featuring females, Girls operates more like an early introduction to these characters and this is simultaneously fascinating and totally frustrating. Watching Hannah get screwed around with each episode by her douche-bag-with-a-Gorilla-physique boyfriend is so hard to endure because it is not quite funny, but rather very pathetic. But if this is really the intention of Girls, it is achieved beautifully because after the airing of three episodes I still cannot completely like Hannah, especially not in the same entertaining screw ball way that one likes Sex and the City’s Keri. Girls might be the only show I’ve seen that makes you fight damn hard to whole heartedly like its main character- but alas, we live in a different climate than the women of Sex and the City and Girls makes this so clear with the air of instability that its young ladies breathe. I guess we can just chalk it up to the fact that Girls attempts to posit women in the real world, not the brightly lit Upper East Side of Manhattan- and this will just take some getting used to. 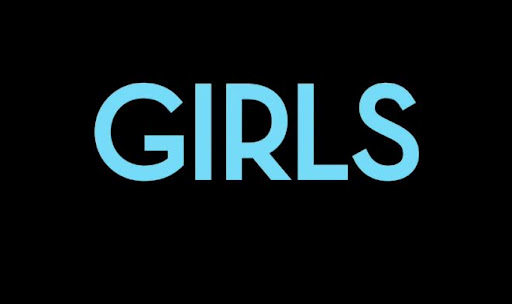